At the first panel of the forum held at the Baku Congress Center have acted,  the Head of Youth Policy and Sports Department of the Presidential Administration Yusuf Mammadaliyev,  Youth and Sport Minister Azad Rahimov, Deputy Chairman of the Social and Political Department of the Presidential Administration Tahir Suleymanov, and deputies of Milli Majlis.

First of all, Yusuf Mammadaliyev, Head of Youth Policy and Sports Department of the Presidential Administration, read a congratulatory letter of President Ilham Aliyev.

Speaking at the forum, Minister of Youth and Sport Azad Rahimov expressed his satisfaction with the VIII Forum in the year of celebrating the 100th anniversary of the establishment of the Azerbaijan Democratic Republic.

Speaking about the international cooperation of the Azerbaijani youth, the Minister specifically underlined the importance of the 1st Global Youth Forum on the theme of the Youth Forum, which was held in our country in 2014 and involved 700 delegates from 165 countries.

Chairman of the Milli Majlis Youth and Sports Committee Ulvi Guliyev spoke about youth policy in Azerbaijan. Stressing that the youth, which became the leading force of the society, actively participate in all spheres of the country's life, said that our youth successfully performs important local and international events with the support of our state, and successfully promotes our country in the international arena. These events played an important role in raising the outlook and activeness of the Azerbaijani youth and promoting their international relations.

Executive Director of the Youth Foundation of Azerbaijan Farid Jafarov spoke about the work done in the direction of developing youth's knowledge and skills in the country, supporting their initiatives and projects.

Chairman of the National Council of Youth Organizations of the Republic of Azerbaijan Maryam Majidova informed about the results of the organization's activity for the past four years. Among them are "Youth for a better future", "No Hate speech" and so on, which is carried out jointly with the Azerbaijan Volunteer Service, "Hatida", UN. projects, campaigns and programs have been successfully implemented.

The chairman of the Youth Union of the New Azerbaijan Party, Seymur Orujov, spoke about the Azerbaijani state's activity and the creation of all conditions for their development, as a result of which the Azerbaijani youth has been able to say the word in any sphere today. 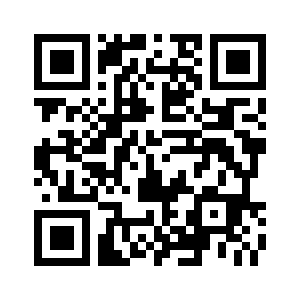